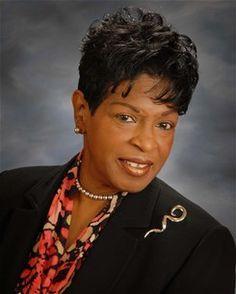 Evelyn Love Coleman, the daughter of the late Jesse and Ladell Love, is a native of Waxahachie, Texas. She was the wife of the late Alford E. Coleman for 42 years.

Mrs. Coleman later returned to graduate school at Texas A&M Commerce where she obtained a Master of Education Degree in Secondary School Administration.

Mrs. Coleman started her education career in the Waxahachie Independent School District at Marvin Elementary. She then was assigned to implement special education resource classes at Northside Elementary. She taught at T.C. Wilemon Junior High and was later named assistant principal of Waxahachie Junior High School in 1988. Then in 1990, she became the principal of Turner Middle School and served in this capacity until 1998. That year she assumed the role of Director of Curriculum K-6 for the district.

Retiring in 2001, Mrs. Coleman continued to serve this district as a volunteer and a mentor. She was elected and served 3 terms as a WISD board trustee, fulfilling the offices of secretary, vice president, and president. She wholeheartedly believes that learning is a life-long process.