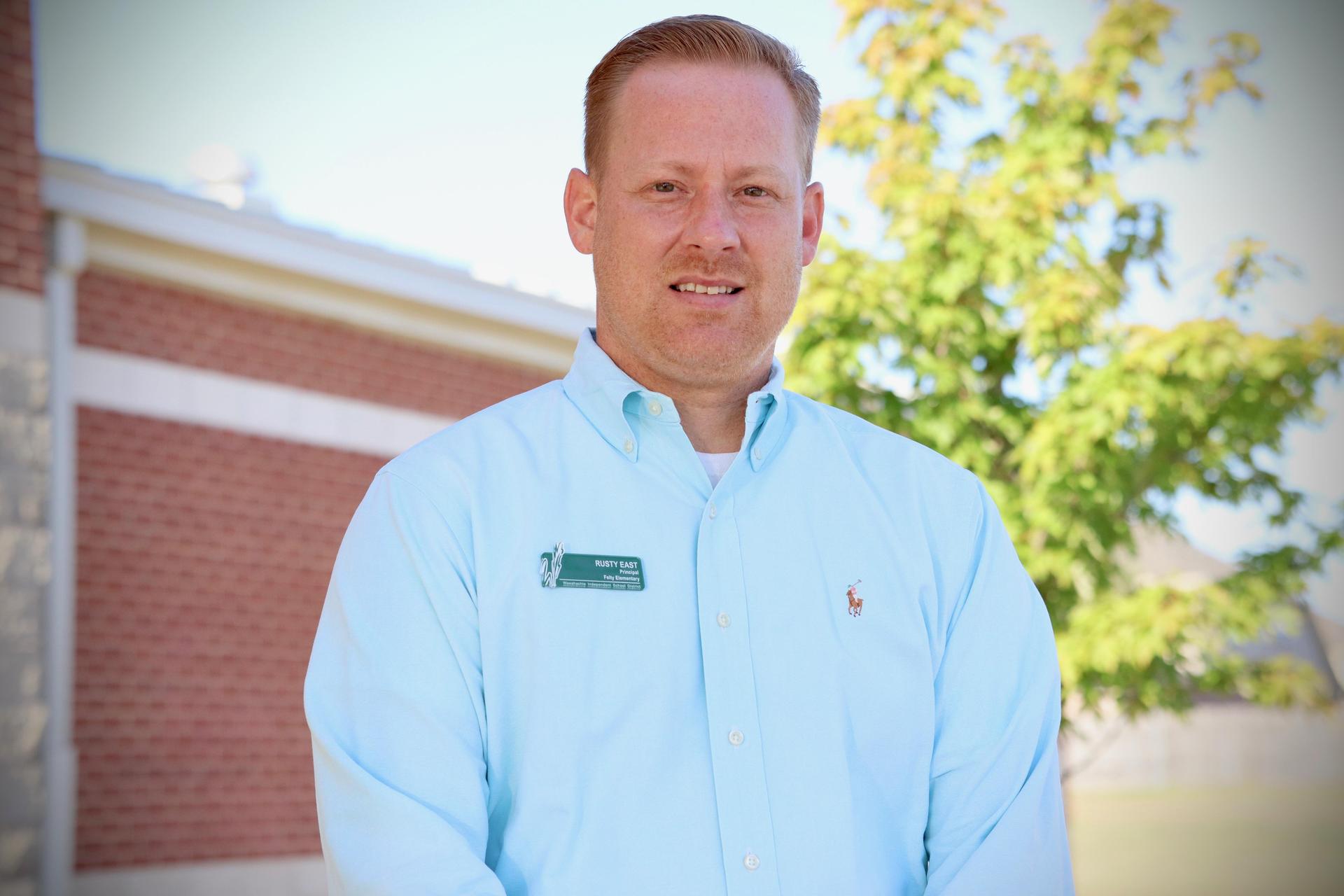 Rusty East, a 1998 graduate of Waxahachie High School, has served as an administrator, teacher, and coach for 15 years.  Mr. East was named principal of Coleman Junior High in 2021.  Before that, he served the district as principal at Felty Elementary, principal and assistant principal of Shackelford Elementary, and as the assistant principal at Finley Junior High.  Mr. East began his career in 2004 at Clarendon College as Head Women's Basketball Coach and student activities director. In 2007, he was named Head Girl's Basketball Coach, Girl's Athletic Coordinator (2010-2014), and teacher at Burleson High School, before 1 year as Head Girl's Basketball Coach at Kemp High School in 2014. He returned home to teach and coach at Waxahachie High School before entering administration.

Mr. East holds a Bachelor of Science degree in Psychology from John Brown University ('03),  Master of Science degree from Emporia State University ('07), and completed the Principal Preparation Program from Stephen F. Austin University ('15). Additionally, he has served as a classroom teacher in the area of Special Education, Physical Education, and Technology Applications. He is a member of the Association of Texas Professional Educators (ATPE) and Texas Elementary Principals and Supervisors Association (TEPSA).

Mr. East lives in Waxahachie and married to Kourtney (WHS Class of 1999), where she serves as an occupational therapist for WISD. They have 3 children, Hudson, Graham, and Charlotte.